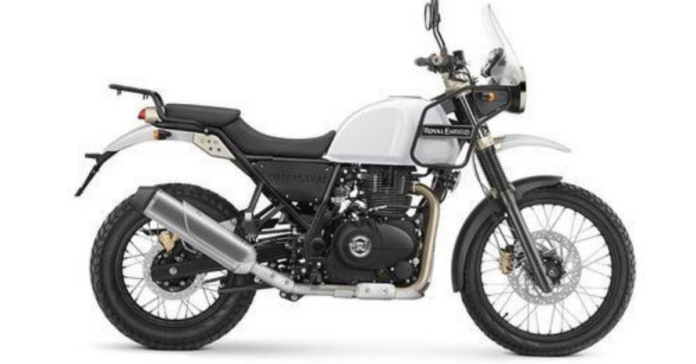 On the web, new information about the future Royal Enfield Himalayan 450 motorcycle has appeared. The bike will sport a new 450cc single-cylinder liquid-cooled engine with roughly 40bhp and 45Nm of torque, according to leaked information. It is said to have different torque characteristics than the current Himalayan, which has a 24.3bhp 411cc engine. The new 450cc engine is expected to give improved high-speed performance as well as plenty of torque for off-roading.

The new Royal Enfield Himalayan 450 will have a 6-speed gearbox, unlike the RE Himalayan 411, which has a 5-speed. The motorcycle will have three riding modes: road, rain, and off-road. When the off-road mode is selected, the ABS (antilock braking system at the rear wheel) is turned off. The Ride-by-Wire system will be available as well. It not only allows for better management of the air/fuel combination, but it also increases fuel efficiency and reduces pollutants.

According to the source, the Himalayan 450 would include a vertically positioned instrument cluster that will display essential riding statistics. The full-color TFT cluster is unlikely to be included on the bike. The new Himalayan will have larger body panels and a more aggressive front end than the present model. Large mudguards, upswept exhaust, and front forks that are upside-down will all be available. The vehicle will be equipped with the same 21-inch front and 17-inch rear wheels as the Himalayan 411.

The RE Himalayan 450 will include a baggage rack with a 15kg cargo capacity. The bike will come with a variety of extras, including a variety of handlebar and handguard options, heated grips, soft luggage options, and various components.