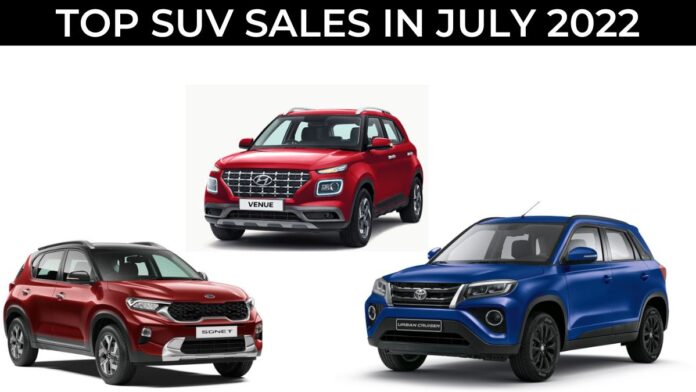 When compared to the same period a year earlier, with 8,185 units, this represents a YoY positive rise of 47%. The Venue just had a significant update, which has undoubtedly aided in the achievement of high sales figures. Its larger sibling, the Creta, will most certainly get a facelift early next year.

The new Maruti Suzuki Brezza sold 9,709 vehicles in July 2022, compared to 12,676 units in the same period in 2021, representing a 23% decrease in volume year on year. Compact SUV sales are projected to rise in the coming months. Kia Seltos finished sixth in the second half of the table with 8,541 unit sales versus 6,983 units.

You May Like:  Mazda CX-60 Unofficially Rendered Based On Recent Sightings

In India, the Seltos is set to get a makeover in the coming months. The Urban Cruiser is another SUV that is due for a significant makeover. It finished ninth on the list of top SUV Sales in July 2022 with 6,724 units vs 2,448 units, representing a 175% year-on-year increase, while the Mahindra XUV700 rounded out the top ten with 6,277 units.