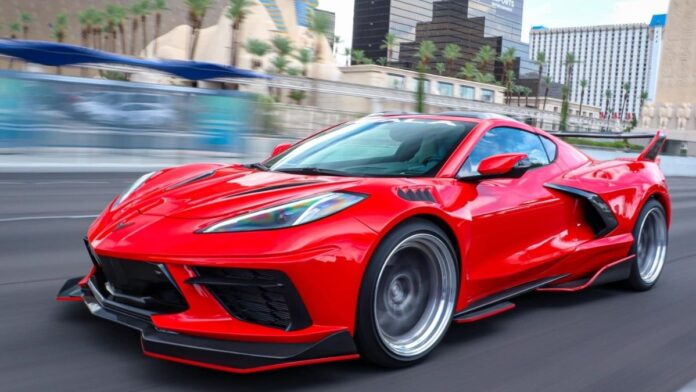 Because of its low starting price, the C8 Chevrolet Corvette Stingray may be termed the people’s supercar. However, although a new ‘Vette begins at little over $60,000, this eye-catching model costs more than three times that. No longer a people’s supercar.

Wendy Sigala, who is behind Sigala Designs, a Californian firm that made waves last year when it unveiled its widebody package for the C8, recently placed this ‘Vette for sale on the C8 Corvette page on Facebook.

The automobile has also received a number of additional enhancements. These include the addition of two-piece forged aluminium wheels with Pirelli P Zero tyres that measure 2011 inches in front and 2112 inches in back. A Sigala Designs stainless steel exhaust system and adjustable coilovers are also included.

Many aficionados on the C8 Corvette website have expressed their displeasure with the car, with one person who has a Z06 on order describing it as a “matchbox toy.” Despite this, the seller’s response indicated the automobile was shortly sold for $180,000.