READ :-How to Take Care of Your Car.

Porsche:- Porsche launched 2 new electric bikes the Porsche eBike Sport and the Porsche eBike Cross for the European market. The eBike is made in collaboration with Rotwild and is manufactured in Dieburg, Germany. This will make the automakers debut in the electric bike sector. The bike is priced at $8549(6,25,623.51 Indian Rupee). 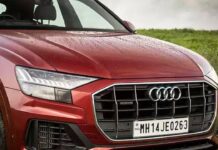