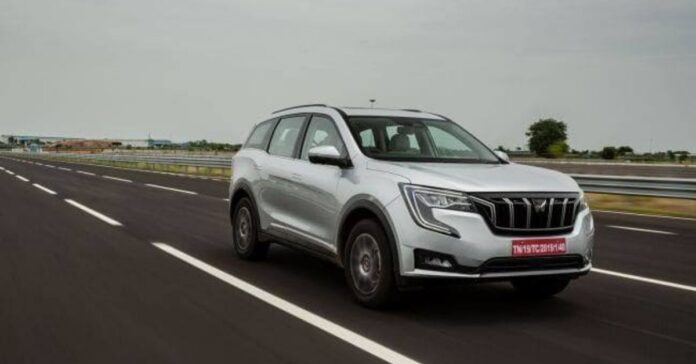 Mahindra & Mahindra sold 27,603 vehicles in the country in March 2022, compared to 16,643 in the same month the previous year, a tremendous 66 percent rise year over year. However, as compared to the previous month of February 2022, when the brand sold 27,663 units, the brand’s domestic market growth was nearly flat.

Behind Maruti Suzuki, Hyundai, and Tata Motors in the overall manufacturers’ standings, the homegrown SUV specialist ended fourth, roughly 5,000 units ahead of fifth-placed Kia. With an increase of 3.4 percent, Mahindra maintained its market share of 8.6% against 5.2 percent. The company’s recent launches have been a huge success.

Mahindra will launch the second generation Thar in late 2020, while the XUV700 was unveiled last year. Both have been favorably accepted by customers, but because of a global semiconductor shortage, some variations of the duo have had an extremely long wait time. According to recent sources, Mahindra plans to release the eKUV 100 by the end of the year.

In addition, the eXUV 300 is expected to be released in early 2023 under the production name XUV 400. Mahindra will reveal the three Born Electric prototypes before the middle of this calendar year, as teased over the last few months. Mahindra is expected to release the new generation Scorpio in the coming months.

The second-generation Mahindra Scorpio has been under development for over a year and features significant upgrades both inside and out. The Mahindra Scorpio is likely to be available in six and seven-seater versions in 2022, with the final row facing the rear ditched in order to achieve five stars in the Global NCAP crash testing.

The all-new Scorpio is built from the ground up on a new ladder-frame chassis and features all-new body panels. The exterior features a restyled front fascia with new headlamps and LED DRLs, reworked bumpers, new alloy wheels, and restyled tail lamps, among other things. The SUV will most likely be powered by a 2.2-liter diesel and a 2.0-liter petrol engine after a comprehensive interior renovation.