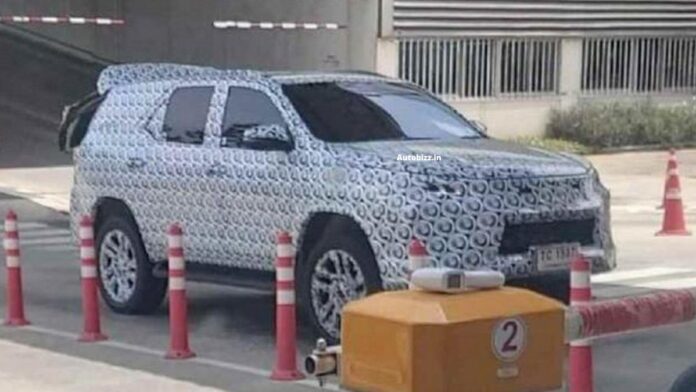 According to media sources, Toyota will introduce the latest generation Fortuner in overseas markets in the coming months. Given its popularity, the full-size SUV might make its way to India anytime next year. Toyota is now preparing to introduce the Urban Cruiser Hyryder in India on August 16, 2022.

The 2023 Toyota Fortuner Hybrid will very certainly be followed by a highly revised Urban Cruiser small SUV based on the new Brezza. In 2023, it might be followed by a rebadged version of the Maruti Suzuki Baleno-based coupe SUV. It should be noted that the next generation Toyota Innova HyCross is also expected to make its debut in the Philippines in the coming months.

As a result, the Japanese automaker will expand its product offering across various price ranges and categories in order to achieve a larger market share. Returning to the Fortuner, the most recent model debuted in 2015 before making its way to India in 2016. The seven-range seaters has recently expanded with the introduction of variations such as the GR-S and Lengender 44.

The 2019 Toyota Fortuner is projected to sport an evolutionary design language with a reworked front fascia and rear end while keeping the tall pillars and powerful body panels. While the forthcoming Innova HyCross may use the TNGA-B platform, the 2023 Fortuner may retain the ladder frame structure with updates.

For enhanced performance and fuel economy, a 2.8-liter GD series diesel engine might be combined with hybrid technology. It will also aid in conforming to the severe pollution rules in place across the world. A new electronic platform is supposed to provide new features and technology to the interior.

You May Like:  India’s Costliest Mahindra Thar by shelling out Rs. 50 lakh !!

We can also expect a panoramic sunroof, wireless charging, a 360-degree camera, ADAS-based assistive and safety features, improved VSC, new EPS, a redesigned dashboard and center console, a larger touchscreen infotainment system with connected features, the use of more premium quality materials and surface trims, new seat upholstery, powered seats, and tailgate, and so on.