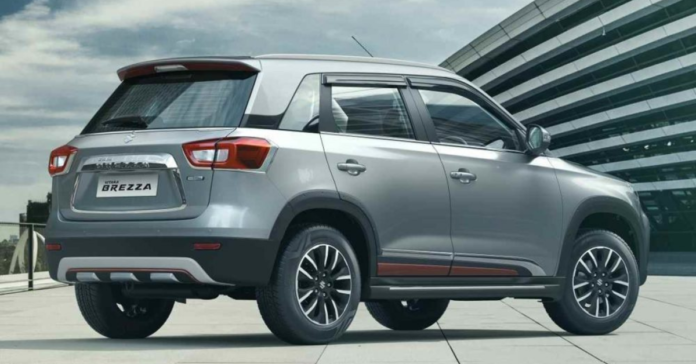 The compact SUV segment is currently experiencing stiff competition, and Maruti Suzuki India Limited is hard at work on the next-generation model of its popular subcompact SUV, the Brezza. Most recently, the production-spec model was leaked, revealing the entire design of the upcoming 2022 Brezza. The next-generation model will, as expected, include a slew of interior and exterior updates.

A rendered image based on the leaked images has been created ahead of its official debut, and it looks stunning. Carversal and Shubhajit Dixit created the renderings. Starting with the front, the rendered image shows a redesigned grille section with a more prominent horizontal slat painted in black, a sportier fog lamp section, slicker and inner-part headlights with integrated LED DRLs, a larger central air intake on the restyled bumper, and more.

In addition to exterior updates, the upcoming SUV will receive interior updates such as a larger floating touchscreen infotainment system with Android Auto and Apple CarPlay, a new flat-bottom steering wheel, and an updated instrument console with a larger MID, to name a few. Mechanically, the 2022 model is expected to use the same 1.5-litre K15B mild-hybrid petrol engine, which is mated to a 5-speed manual or 4-speed torque converter automatic transmission and is capable of producing 104.7 PS and 138 Nm.