HomeCarThe Honda City Hybrid 2022 Will Make Its Debut In India This...
CarNews 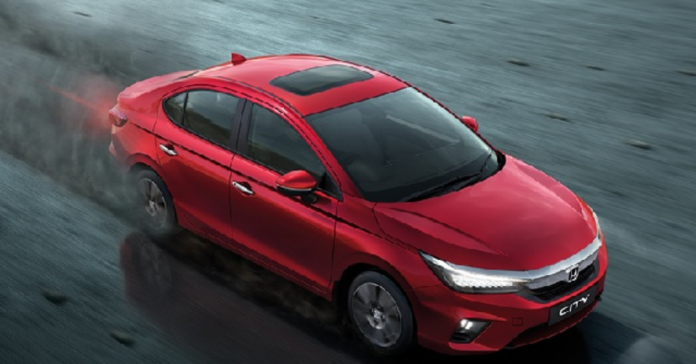 The launch date for Honda’s new City sedan in India has been announced. On April 14, 2022, the Honda City hybrid model will be unveiled in India for the first time. This will be Honda’s most important launch of the year. The Honda City is currently available in both petrol and diesel versions. The Honda City Hybrid was planned to be released in February of this year, but it was postponed owing to restrictions imposed by the Corona pandemic.

The City hybrid will go on sale next month after being introduced in India this week. Honda’s Sensing Technology is expected to be included in the Honda City hybrid. This technology is now being used in global variants of the brand’s hybrid vehicles. Honda Sensing Technology is a set of safety technologies that includes adaptive cruise control, lane departure warning, lane-keep assist, auto high beam assist, and emergency braking, among others.

This will be Honda’s first car in India to have Sensing Technology, as well as a slew of other safety measures. As a result, the Honda City Hybrid will be more expensive than its other models. The fully-loaded variant is projected to have an ex-showroom pricing of Rs 20 lakhs.

The new Honda City Hybrid’s engine will be something exceptional. It will be equipped with Honda’s i-MMD hybrid technology and a hybrid engine. It is equipped with two electric motors and an internal combustion engine (IC).