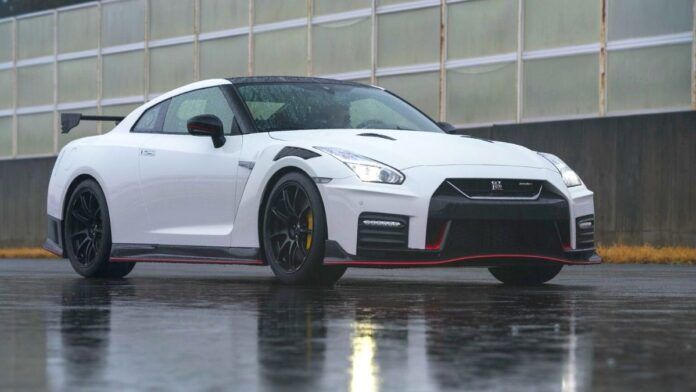 The Top Nismo cars include cars like the S14 Silvia 270R, 350Z Nismo R2, R35 GT-R Nismo which are the upgraded version of the standard cars.

The Japanese car company called Nissan was changed forever in 1984. Two insane tuning companies called Oppama and Omori merged together. This formed the Nissan motorsport. Which gave rise to the new era of speed for Nissan called Nismo. Here are the top cars that rank on the high-performance list of Nismo tuning.

The March Nismo S is a car that comes with 79 horsepower and m, then upgraded to 114 horsepower by Nismo. It has a hot hatch look that has powered by a 1.5-liter engine.

The next car is the Patrol Nismo which is the souped-up SUV with extraordinary performance. With an upgraded suspension and power making it is a fun SUV to drive. The Patrol has a 5.6-liter V8 that produces 428 horsepower and can do a top speed to 210 km/h.

The Sentra is always been Nissan’s affordable sedan. So they made a Nismo edition sedan with 200 horsepower turbocharged four-cylinder engine. It can to a top speed of 142 mph and a 0-60 in 6.4 secs.

Back in 1994, the Silvia was a popular car in Japan and Nissan wanted to extend the market of the cars. The standard car had 180 to 200 horsepower but wasn’t enough. The Nismo pushed the car to the limits with over 270 horsepower output. Only 50 units of the Nismo Silvia ever made.

Read more:- Top 10 Concept Cars Ever Made | Most Amazing Concept…

The 350z’s Nismo R2 edition is just an amazing drive machine with a lot of upgrades. This has special Nismo parts increasing the performance of the car. The 350z has a 3.5-liter V6 engine with over 450 horsepower.

The next car is one that started the Nismo in 1987. This car raced in the touring championships with a 400 horsepower engine, whereas the streetcar has half of its power. And most importantly this was the reason why we got the legendary R32.

This Nismo Type 380RS is an upgraded version of the 350Z which is only sold in Japan. With that, it is also the most powerful 350Z ever made and only 300 units are ever made with 348 horsepower.

The GT-R was released in the year 2008 which blew the car market. The Godzilla of its time, well till this date. This R35 GT-R was amazing and it’s been on sale for so long. Its incredible performance and system make it very easy to drive. The Nismo edition has over 600 horsepower with an upgraded aero pack that helps hold the tracks at corners.