When it comes to off-road capability, Land Rover makes few concessions. It equips its SUVs with features that allow them to travel almost anywhere. The Defender and Range Rover may appear to be different on paper and in person, but those distinctions vanish when the two hit the dirt. In a new Carwow video, the two compete in an off-road battle.

The first battle, an uphill drag race, is the only one where speed counts. The more powerful Range Rover delivered its power more smoothly, allowing it to rocket up the hill and overtake the Defender. The second contest, which tested the vehicles’ hill descent control system, was won by the Range Rover. They look very similar, but the Defender’s driver made a mistake and lost the race.

The remaining events put the SUVs’ manoeuvrability, traction, and suspension to the test. Both vehicles are capable of navigating a narrow forest corridor, but the Defender was more graceful than the Range Rover. In the chassis articulation challenge, the Range Rover struggled, scraping the bottom of the driver’s side door and causing some damage to the SUV. Although the Defender had less ground clearance, it had a better approach, breakover, and departure angle.

Off-road, the two SUVs are very similar, with many differences due to different drive modes and configurations. Taking a six-figure SUV to an off-road park may appear risky, but these vehicles are capable machines designed to have fun in the dirt, and it’s always nice to see these vehicles used to their full potential, scratches and all. 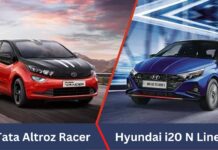 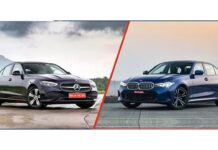 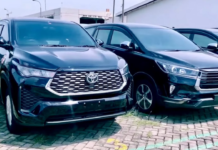