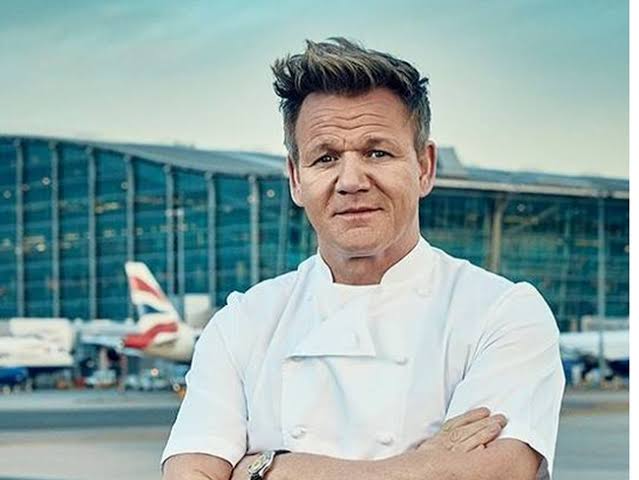 Famous Chef and TV personality Gordon Ramsay owns several great cars (other than his Ferraris); which include cars like McLaren Senna, BAC Mono, Bentley Continental GT and others.

Gordon Ramsay is the host of several cooking shows and the recipient of Michelin Star multiple times. The wickedly honest celebrity chef from shows like Hell’s kitchen has an incredible taste for cars. Not only he owns several Ferraris, but he has a great collection of other cars too.

In the other article, we saw the awesome Ferrari collection of Gordon Ramsay. This time, we are going to see what cars he owns other than the Ferraris. So Let’s get started.

This Beauty is one of the modern classics owned by Gordon. The DB7 is the car that (literally) saved Aston Martin from getting vanished. This one gets a 5.9-litre V12 engine producing 420 horsepower and 542 Nm of torque. It can accelerate from 0-100 kmph in 4.9 seconds and has a top speed of 300 kmph. That’s pretty fast for a 2000’s car, isn’t it? That makes Gordon a James Bond without being in a movie!!

While we are on the topic of James Bond, Gordon also owns a special 110 Defender. It was used in the James Bond movie ‘Spectre’. The original car was modified by Bowler Modifiers into the one which we can see in the picture. Only seven out of 10 cars survived and Gordon is the owner of one of them. That makes this defender be the most expensive & Collector’s item in Ramsay’s collection.

The First hypercar that Gordon owned is a hybrid one. It gets power from a 4.6-litre V8 engine as well as two electric motors on the front and rear axle. The combination of these two gives the vehicle 875 horsepower and 1280 Nm of torque in total. The official performance figures state that it can go from 0-100 kmph in 2.6 seconds and the top speed is 345 kmph.

Taking the legendary heritage of Ford GT40 from ’24 Hours at Le Mans’ and other races to the street version wasn’t an easy task. But the street-legal version, now renamed as Ford GT, carried the legacy further and also became a legend itself. The one that Gordon owns is the second generation of the GT. It was shown to the Public at the 2015 North American International Auto show and at the time of the unveiling of Forza Motorsport 6. The car gets power from a 3.5-litre twin-turbo Ecoboost V6 engine. The vehicle has a top speed of 216 kmph and can go from 0-100 kmph in 3.0 seconds.

This limited edition mid-engined sports car manufactured by McLaren Automotive is also a part of Gordon’s Garage. It is named after the Brazilian Race driver Ayrton Senna to honour him and as a tribute to him. It comes with a 4.0 litre twin-turbo V8 engine generating 790 horsepower and 800 Nm of torque. McLaren claims that it can go from 0 to 100 kmph in 2.8 seconds and has a top speed of 340 kmph.

Weighing less than 600 kg, this single-seater car must’ve impressed Gordon enough for him to buy it. He owns the 2016 iteration of BAC mono, powered by a 2.5-litre engine developing 305 bhp. It is a one of a kind vehicle that offers a Power-to-weight ratio of 525 bhp per tonne. It can go from 0 to 100 kmph in 2.8 seconds and can attain a top speed of 274 kmph.

Aston Martin’s 2018 V12 flagship Grand Tourer using the DBS moniker was a great addition to Gordon Ramsay’s garage who already owns multiple supercars. The name Superleggera is a tribute to Carrozzeria Touring Superleggera. The car comes with a 5.2-litre V12 engine that makes 715 HP and 900 Nm of torque. It can reach 100 kmph in 3.4 seconds and has a top speed of 340 kmph. The model is set to make an appearance in the next outing of James Bond, ‘No Time To Die‘.

Gordon Often says that his only respite during his hectic and stressful days in the Kitchen is his Bentley Continental GT. It is a bit heavy because of being the class-leading luxury-on-wheels. However, this doesn’t stop it from being a performance car. It gets a 6.0 litre twin-turbo W12 engine that produces 552 bhp and 650 Nm of torque. It can go from nought to 100 kmph in 4.8 seconds and can reach a top speed of 318 kmph.