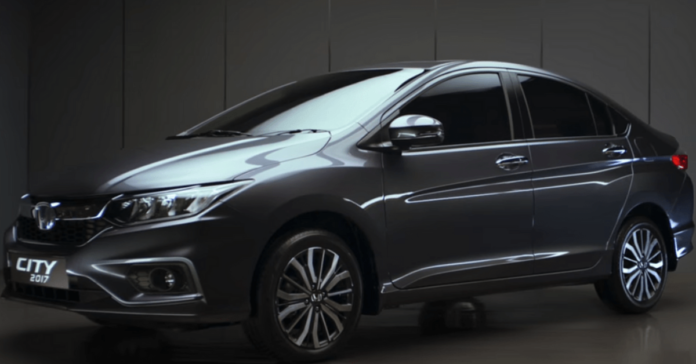 Following Ford’s withdrawal from India’s mass market, many speculated that Honda would be the next large name to leave the country. Honda is expanding its lineup in India with the new City Hybrid, putting all speculation to rest. The new Honda City Hybrid, a top-spec variant of the present fifth-generation City, will be unveiled in India on April 14.

The Honda City Hybrid will have a completely different heart beneath the hood than the 1.5-litre four-cylinder naturally-aspirated petrol engine that now powers the conventional version of the car in India. The City Hybrid’s powertrain consists of a 1.5-liter Atkinson petrol engine and two electric motors.

The 1.5-litre four-cylinder Atkinson petrol engine generates 98 horsepower and 127 Nm of torque. When it comes to the two electric motors, one functions as an integrated starter-generator (ISG), while the other produces 109 horsepower and 253 Nm of torque, which is sent to the front wheels via a single-speed transmission.

The Honda City Hybrid will be available in three drive modes: one that uses only the 1.5-liter petrol engine, one that uses only the electric motors, and one that uses both the petrol engine and the motors. The Honda City Hybrid will be substantially more fuel efficient than the normal petrol-powered version of the City thanks to this technologically superior powertrain. The Thailand-spec vehicle has a fuel efficiency of 27.8 kmpl, which is likely to be the same for the India-spec variant.

We anticipate Honda bringing the City Hybrid to India in the same RS trim level as other worldwide markets. The Honda City Hybrid now has a gloss black finish on the front grille, rearview mirrors, and bumper highlights, making it look significantly different from the normal City. The normal City’s dual-tone black and beige upholstery is replaced with an all-black cabin.

All of the premium amenities of the normal Honda City, such as leather upholstery, an 8-inch touchscreen infotainment system, a lane watch camera, automatic climate control, rear AC vents, and an electric sunroof, will be available on the Honda City Hybrid.

The Honda City Hybrid is not the Japanese automaker’s first full-hybrid vehicle for India; the Civic Hybrid and Accord Hybrid were released previously. The City Hybrid, like Honda’s previous full-hybrid models, will be a costly option. Honda is expected to sell the City Hybrid in India between Rs 18-20 lakh.