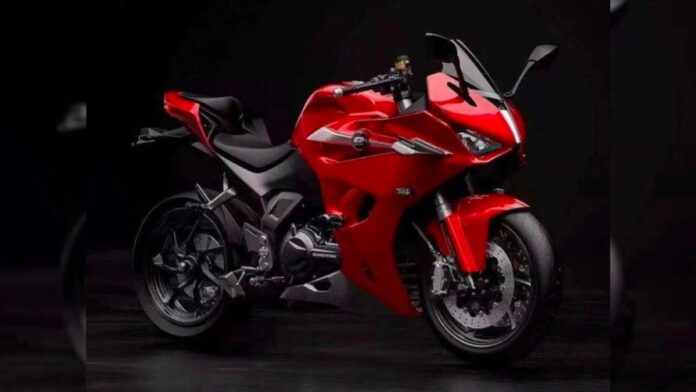 QJ Motor has just introduced its new sportbike, which will compete in the middleweight sportbike category. While no official name has been announced, the bike will include a parallel-twin engine that is shared by previous QJ Motor models, as well as some familiar aesthetics.

This announcement follows a report that detailed QJ’s intentions to establish a new middleweight cruiser line. This time around, the sportbike will compete with the Honda CBR500R and the new CFMoto 450SR, both of which have identical kits and engines and may be able to provide European riders an A2-compliant bike.

The new QJ Motor sportbike will have a 554cc displacement, which translates to 47 horsepower when the A2 licencing limits are taken into consideration. The motor, on the other hand, is capable of a little more, producing up to 56 horsepower and 40 pound-feet of torque when fully charged. According to European sources, if the QJ Motor sportbike makes it to the continent, buyers will be able to make the bike A2 compliant and then increase the power at the store once their licence has “levelled up.”

The engine base is essentially a bored-out version of the Benelli Leoncino, TRK 502, and 502C’s mill, and the motor is shared with the 5.5 version of MV Agusta’s Lucky Explorer. After all, QJ Motor is the parent business of both of these brands, so it’s reasonable to expect a displacement and power increase for the Benellis when the time comes.

The motorcycle’s power figures, as well as the gear it will come with, are detailed in the photographs that have leaked from China. Steel will be used for the chassis, and it will have a single-sided swingarm, a first in the category. CFMoto built a concept bike and showed it out at EICMA, but they ditched the single-sided swingarm in favour of a regular double-sided setup. In the meantime, QJ Motor went all-in and installed one on this 550cc sportbike. The bike’s suspension will be provided by KYB, which will comprise a set of front forks and a rear mono-shock, and the brakes will be provided by Brembo.