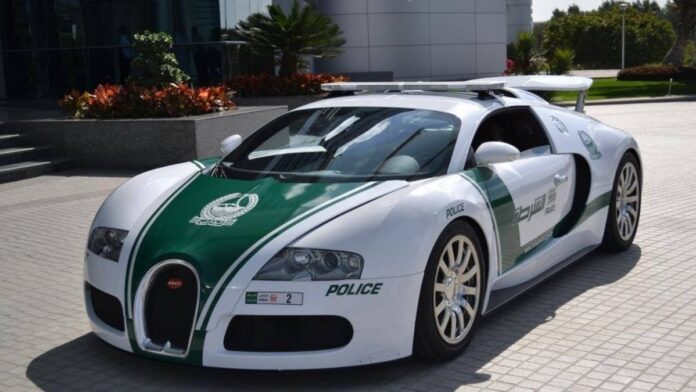 The fastest police cars in the world include cars like Audi R8, Lamborghini Huracan, SLS AMG, Bugatti Veyron, and many more.

Police cars have improved a lot from the previous years and today we have some of the fastest police cars that have joined the police squads. As the countries are developing, they have also developed the police force too. Today police cars are not only armored but also faster for casing the car guy thieves speeding at 200+ mph.

Read more:- Top 10 Concept Cars Ever Made | Most Amazing Concept…

American muscle has a different stand in the car community but having that kind of capability, it’s an insane chase machine. The car has a 6.4-liter HEMI V8 with 485 horsepower paired with a standard TREMEC six-speed manual transmission. With the police version, the car has a few performance upgrades that make it more powerful than the standard.

The super police car is an Italian bull with a V10. The Lamborghini Gallardo was the department’s one of the best cars whereas it got replaced with the new Huracan. The 5.2-liter V10 engine produces over 542 horsepower. The police Gallardo has a top speed of 200 mph and can do 0 to 60 mph in 3.8 seconds. There may be many supercars that would think of outrunning this car, but unfortunately not possible.

The SLS AMG is an insane track performance car that makes it more difficult to outrun this car. This car has a 6.2-liter V8 engine that produces 583 horsepower with 479lb-ft of torque. This is perfect for the Dubai police.

While talking about police cars, this car ranks at top of the list. This car is one of the most recognized and popular police wagons in the U.S. The cop car which is always been at the top of any car chase seen in America. Not only in real life, but it has also been showcased in many popular Hollywood movies like the Fast and Furious.

Austria has recently added this competitive Porsche 911 Carrera, for highway patrolling. This car has a 3.4-liter flat-6 engine with a top speed of 180 mph. With a high-performance suspension, it gives the car extra stability at the corners. Adding to it, the Austria Police cars are upgraded with custom tuning and performance modifications as well.

The Nissan Skyline is one of the fast petrol cars in Japan. As being the best car in the car community, this car has an amazing performance. The Skyline is powered by a 2.6 L twin-turbo RB26DETT all-wheel-drive engine. However, the Skyline can also be tuned and can produce more power.

As an upgrade for the car, the Italian police have now replaced the Gallardo with Huracan as it’s more powerful and easier to drive. Being more powerful this car costs over $211,301 as compared to the $156,980 Gallardo. With a V10 engine, this car is a lot faster which is quite helpful for the police squad.

This sports car is actually a track car which is meant to be a road-legal car. It’s quite of a job to drive this car as you need to wear a helmet while you feel the air pushing you back. As an advantage, this car is a lightweight vehicle with 230 horsepower.

Here we come to the fastest and the most expensive police car on the list. The Veyron cop car from Dubai is the world’s fastest cop car ever. It has an 8-liter W16 engine with 1000 horsepower and a top speed of 250+ mph. This car is an absolute beast and there’s no chance anyone can ever outrun this car as this is the fastest on the roads.